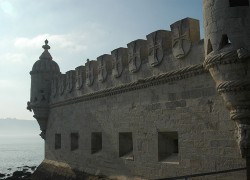 A YouTube video titled “What Moddy’s trashes, we treasure”  was created by two Lisbon-based young publicists, Patricia Soares da Costa and David Siqueira Magboulé, with the goal of seizing the moment to promote Portugal as an ideal destination at a time when the country has been rebranded with negative publicity brought by Moody’s decision to lower the national debt to junk status.

Patricia told the Portuguese American Journal, “The negative publicity created by Moody’s has been very hurtful to the Portuguese economy and to the country’s image. Yet we believe this is an opportunity to promote the country by spreading all things positive about Portugal.”

Patricia also believes that it is better to turn “all the indignation and all the negative energy” being used to flood the internet with “hate mails” into something positive, such as presenting Portugal as an exciting destination. 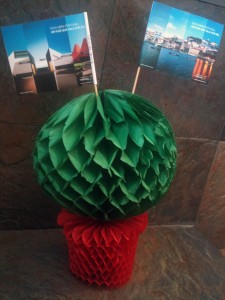 In the video, agent “Junk Bond” acts as an ambassador for Portugal delivering a typical Portuguese “manjerico” to Moody’s address in Madrid, Spain. The gift is stuffed with information about Portugal.

Patricia explained, “I work as a destination promoter and I proposed the idea to David (a marketing manager) who played the role of Junk Bond.”’

Much of the action was improvised on the road and done the “Portuguese way” said Patricia, as she remarked, “We shot the video on Friday afternoon (July 8th) and edited it all through the weekend. It has been online since Sunday morning (July 10th)”.

They hope the video will become viral so that a positive image of Portugal may be spread.

They also wish more Portuguese goodwill ambassadors and more “Bonds” will take the initiative to promote Portugal, with the goal of attracting visitors and investors to the country they love and are so proud of.