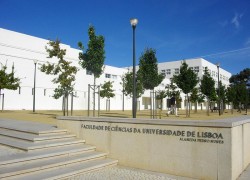 Professor João  Gonçalves teaches at the Faculdade de Farmácia da Universidade de Lisboa and is a researcher at the Instituto de Medicina Molecular of Lisbon.

In a released statement, Professor Gonçalves  said, “We are very proud to receive this award. It will allow us to pursue an out-of-the-box, bold approach to fight HIV/AIDS infection, something that is seldom funded by traditional funding schemes. This award also shows that science in Portugal is recognized internationally and that it can be a trigger for the country’s development.”

João Gonçalves is the second researcher from Instituto de Medicina Molecular to be funded by Bill & Melinda Gates Foundation. In 2010, Miguel Prudêncio won Grand Challenges Exploration Award to fund the development of a vaccine against malaria.

Portugal is third on a list out of 27 European countries with the highest cases  of HIV infections. Only England and Holland have higher figures.