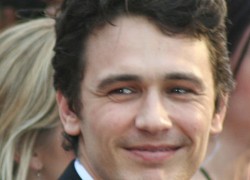 James Franco was admitted at the University of Huston for a doctoral degree in literature and creative writing, adding yet another college degree to his long list of accomplishments. The university has confirmed to CNN that he plans to enroll in September 2012.

The Portuguese American 33-year-old actor, who is currently studying for a Ph.D in English at Yale University, already has a degree in English from UCLA and a Master of Fine Arts degree in creative writing from Columbia University.

James Franco is also scheduled to co-teach a graduate course to film students at New York University next year. According to film director John Tintori, chair of NYU’s filmmaking program, Franco will teach a section of the course in the fall of 2012, at the graduate division of the Kanbar Institute of Film and Television.

He was nominated for Best Actor for the 2011 Academy Awards for his work in “127 Hours.” His next project will be playing the satanic serial killer Richard Ramirez for upcoming film “The Night Stalker,” an adaption of a book by Philip Carlo with the same title.