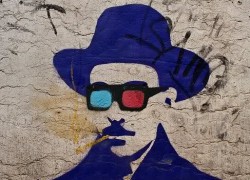 The winner will be awarded a free trip to DISQUIET 2012 and publication in Guernica. The deadline for contest and scholarships is January 31, 2012. DISQUIET 2012 will offer workshops and discussion groups with Portuguese-American writers and Portuguese writers in Lisbon.

Full scholarships are available for writers of Luso descent. To be eligible applicants must be residents of the United States or Canada with a genealogical link to a Lusophone country.

The scholarships are provided by the Luso-American Development Foundation and Instituto Camões.

Dzanc Books was created in 2006 to advance great writing and champion those writers who don’t fit neatly into the marketing niches of for-profit presses.