Help for victims of domestic and sexual abuse – MAPS 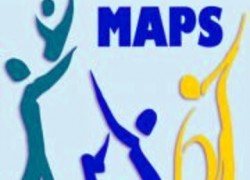 The Massachusetts Alliance of Portuguese Speakers (MAPS) launched a support service to help victims of domestic violence and sexual assault for Portuguese speakers in the greater Boston and Lowell areas.

The Juntas Project (Women Together Project)  is a partnership between community organizations  under a 2-year grant from the Office on Violence Against Women at the US Dept. of Justice totaling $300,000.

MAPS, a nonprofit health and social service agency, and its partners will create a community Task Force to enhance domestic violence and sexual assault prevention for Portuguese speakers. Task Force core members include MAPS, the Boston Area Rape Crisis Center (BARCC), RESPOND Inc. in Somerville, and the Center for Hope and Healing, formerly called Rape Crisis Services of Greater Lowell. They will recruit five other partners to play supportive roles in the project. For more information.