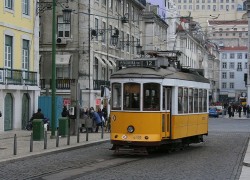 The Portuguese administration approved Wednesday a plan to downsize its staff, at every government ministry, by at least 15%, as part of Lisbon’s deficit-cutting austerity program, reported Lusa news agency.

The plan will be finalized at a cabinet meeting set for October 26, said Luís Marques Guedes, Secretary of the Presidency.

Economy Ministry Victor Gaspar announced Thursday the government will increase public transportation fares by an average 15% next month. The increase would take effect on August 1st.

The measure angered labor union leaders, who accused the government of lacking dialogue.  Transportation union leader, Vítor Pereira, said in a statement to Lusa, Thursday, the increase in public transportation fares was “an assault on the Portuguese pocketbooks.”

Pereira said the increase was “not understandable” at a time when transportation companies face “difficulties” and the Portuguese “lack money for food and medicine.”

The Portuguese government also approved a change in labor laws, reducing layoff compensation from 30 days of base salary per year to 20 days. The measure will take effect in September.

Currently, Portuguese workers are entitled by law to at least one month’s salary as severance for every year of work.