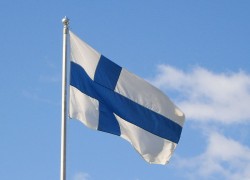 Portugal has agreed to a three-year 78 billion-euro (US$116 billion) bailout with the European Union and the International Monetary Fund but Finland, the only EU country that needs parliament approval before agreeing on European financial matters including requests for bailouts, may vote to block the agreement.

After general elections on April 17, Finland is currently run by an interim government led by caretaker Prime Minister Mari Kiviniemi who reportedly supports the Portuguese bailout but is now in opposition.

Jyki Katainen, Finnish incoming Prime Minister, who leads the majority party, has said “The parliament will take a position, whatever it is,” placing the fate of Portugal’s bailout in the hands of the Finnish vote.

Previous EU bailout packages have also met the criticism of the nationalist True Finns party, which opposes such measures. Timo Soini, the leader of the True Finns party has said, “We can’t vote for this and we won’t”. The True Finns now hold 39 of the Finland parliament’s 200 seats.

EU finance ministers are due to meet officially on May 16-17 to approve the bailout package for Portugal which endorsement must be unanimous.