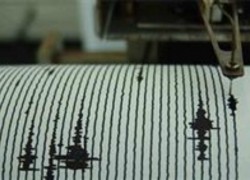 An undersea earthquake,  magnitude 4.1 on the Richter scale, struck close to the Azores on Monday afternoon at 100 km near Capelo, Faial.

The quake struck at 4:15 PM GMT at a depth of 10 kilometers. There is no record of any damage or injury.

Earthquake occurrences are common in the Azores, for the most part registered at sea and not felt by the population.

An earthquake measuring 3.9 on the Richter scale was felt in Faial, Azores, May 24, at northwest of Ribeirinha village. In 1998, a quake of a magnitude of 5.8, 10 miles northeast of Faial, killed 9 people.

The last major volcanic eruption was in 1958 in Capelinhos, Faial, destroying 300 houses and causing the evacuation of 2,000 people.

The most recent significant earthquake to hit the region in recent years occurred on January 1, 1980. Measuring 7.2 on the Richter scale the quake killed 61 people and injured over 400, causing severe damage on the islands of Terceira and São Jorge. It also shook the islands of Pico and Faial.

Periodic volcanic eruptions and earthquake events, with occasional tidal waves, can have devastating effects on the Azorean islands. All the islands of the Azores are still volcanically active — except Santa Maria — which is farthest away from the .