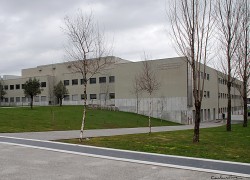 Researchers at the University of Porto, in a joint project with the University of Texas at Austin, are developing an interactive computer game aimed at assisting children with autism spectrum disorders (ASDs) communicate their emotions.

The goal of the research is to develop an early intervention tool, an interactive and adaptive game system, to help children with ASDs recognize and understand emotions expressed through facial expressions.

By pressing a touch-on-screen, autistic children will be able to draw expressions, raise eyebrows and eyes and watch the face react.

According to the researches at the University of Porto, “The LIFEisGAME project attempts to show how it is possible to apply a pioneering, serious game approach to teach people with Autism Spectrum Disorder (ASD) to recognize facial emotions, using real time synthesis and automatic facial expression analysis.”

For the researchers at the University of Texas-Austin, “Due to the wide spectrum of symptoms and behaviors within ASDs, effective solutions need to be able to adapt to the characteristics of each child.”

The finished product is expected to be completed in 2012.