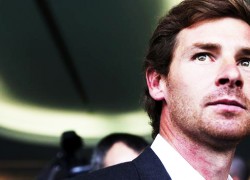 Chelsea reportedly paid $21.5 USD million to FC Porto to activate the release clause in his contract and sign him as the youngest manager in the Premier League and the manager with the highest transfer fee in the history of soccer.

Regarded as one of the brightest young managers in Europe, the contract will earn him 5 million-euro ($7.1 USD million) a year at Chelsea.

Villas-Boas, who led Porto to the domestic double and UEFA Europa League success last season, has worked for Chelsea before as part of former coach José Mourinho’s team.

Villas-Boas succeeds Carlo Ancelotti as the club’s seventh manager in eight years under billionaire Russian owner Roman Abramovich. He was replaced as head coach of FC Porto by his close assistant Vítor Pereira.

Villas-Boas became Porto manager last summer and won the Portuguese title by a record margin after going through the campaign undefeated. His record includes 36 matches without defeat in all competitions and winning the Europa League Final in Dublin.