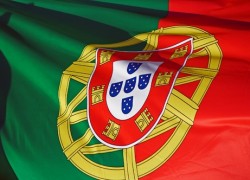 European Union representatives in Lisbon announced Friday that Portugal had passed the first review of its 78-billion-euro bailout program granted in May. According to European Comissioner, Juergen Kroeger, the general assessment was “very postive.”

Portugal will receive the next 20 billion-euro installment of the loan, as previously agreed, to fulfill its current financing requirements.

The deal requires cuts on its budget deficit to 5.9 percent of GDP this year, tax hikes, privatizations, labor law reforms and a deficit reduction to 3 percent by 2013.

The representatives from the European Union, the International Monetary Fund and the European Central Bank spent two weeks in Lisbon analyzing the bailout implementation program.

Paul Thomsen, head of the mission, warned that the economic deterioration in Europe could have a “significant negative impact” on Portugal, but added that he was confident Portugal most likely will not need another bailout.

“Portugal will be able to return to the markets at the end of this program” in 2013, Paul Thomsen, of the IMF, said at a joint news conference in Lisbon, underlining the troika’s approval of the deficit-cutting measures adopted so far.

“I’m quite confident that a new loan (program) will not be necessary”, Thomsen added. “If it takes more time, it’ll take more time and we’ll be here for whatever is needed.”

The European Commission’s Jurgen Kroger said the new center-right government had acted “quickly” to get spending under control.

Portugal became the third country in the euro zone to seek a bailout, after Greece and Ireland.