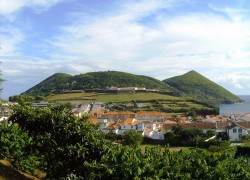 The alleged Carthaginian temples dedicated to the goddess Tanit, found recently on Terceira island, Azores, are not ancient archaeological findings from the fourth century BC, but sixteenth and seventeenth century military structures, according to Francisco Maduro Dias, president of the Historical Institute of Terceira Island.

Early in July, archaeologists from Lisbon-based Portuguese Association of Archaeological Research (APIA), Nuno Ribeiro and Anabela Joaquinito, had claimed to have found, in Monte Brasil, Angra do Heroismo, Terceira island, a significant number of fourth century BC 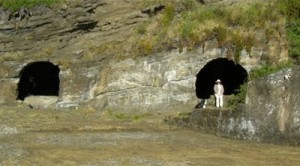 Carthaginian temples they believe to have been dedicated to the ancient goddess Tanit.

Nuno Ribeiro said that, in view of the findings, “The time of human settlement in the Azores may not be what history says, but a different one based on the archeological evidence found on the archipelago.”

The president of the Historical Institute of Terceira, Francisco Maduro Dias, challenged the APIA researchers’ claims, arguing that “between fantasy and reality,” he believed the APIA’s claims had “much more to do with fantasy.” 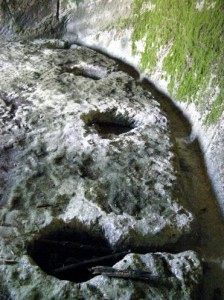 The president of Lisbon-based Portuguese Archaeologists Association, José Arnaut, cautioned that “in archeology all is possible” and that the findings needed to be scrutinized scientifically.

For the archaeologists at Lisbon-based Center for Modern and Contemporary Archaeological Studies, the APIA’s archaeologists were mistaken, and the findings were the sort of “Indiana Jones sensationalism,” lacking scientific validation.

Reiterating they have collected enough evidence to support their claim, the APIA’s archeologists said they will present their findings at the upcoming international archaeological conference in Évora (Portugal), scheduled for September 2011, and a conference in Florence (Italy) in 2012.