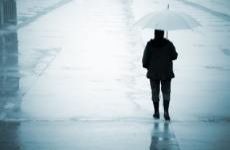 The regional Institute of Meteorology in the Azores has forecast for Sunday severe rainstorms for most of the nine islands, placing the entire Region on “Orange Alert” for severe weather, the second highest on a scale of four.

According to the forecast, the island of Santa Maria and São Miguel were placed under “Red Alert” the highest on the scale considered by the Institute of Meteorology as a potential “situation of extreme risk.”

The forecast is for rain, all day Sunday, with heavy precipitation namely for the islands of Santa Maria, São Miguel, Terceira, Graciosa, S. Jorge, Pico and Faial.

Bad weather in the Azores is being caused by a depression centered South of the archipelago which favors the formation heavy showers.

On Friday, heavy rains had caused flooding on the island of Terceira and landslides on São Jorge and São Miguel islands, resulting road closures.