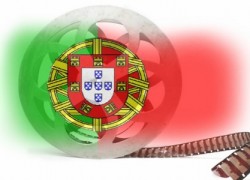 Based in Lisbon, Portugal, the Portuguese Academy of Motion Pictures Arts & Sciences plans to sponsor an annual award ceremony with the goal of “dignifying the movie industry and its many professionals” said Paulo Trancoso.

The first award ceremony will be held in 2012.  According to  Paulo Trancoso,  21 movie features  and seven documentary productions will be produced, in Portuga,l in 2011.

A general meeting, scheduled for September 26, will elect the Academy’s governing bodies.