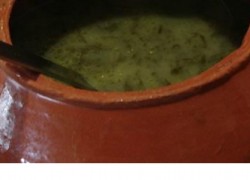 The Luso American Gallery of Antiquities, Inc. (LAGOA) will hold its 4th Annual Kale Fest, on Sunday October 9, from noon to 4pm, at Bristol Community College, in Fall River, MA.

Live entertainment includes a folkdance performance by Grupo Folclorico do Clube Madeirense SS Sacramento, an improvisational comedy routine by the Out of the Gutter troupe and Fado singing by Josefina Couto and her guitar ensemble. Mike Estrela will be in charge of an Azorean petting zoo for the children with pony rides, weather permitting.

The 4th Annual Kale Fest is funded in part by private donations and generous support from BCC Lusocentro, Fall River Ford, SATA and the Fall River Mayor’s Office. Proceeds from this event will support a gallery development and scholarship fund for Portuguese American students.

Tickets cost $10 and are available at LAGOA gallery and participating restaurants. Children 10 and younger are admitted free.