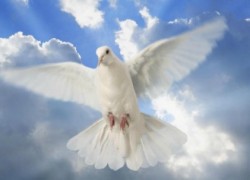 The Portuguese community of Fall River (MA) is celebrating the 25th Holy Ghost Festival of New England on August 25-29.

Berta Cabral, the Mayor of Ponta Delgada city, in São Miguel, Azores, and Vasco Cordeiro, Secretary of Economy of the Regional Government of the Azores are guests of honor.

Over 100,000 people, from all over the United States and Canada, are expected to gather at Kennedy Park to enjoy Portuguese food, including the famous Azorean sweet bread and the “malassadas,” and refreshing beverages, live music and entertainment. Admission is free.

The Holy Ghost procession, the city’s largest parade, will take place on Saturday, August 27, starting at 10:30 am, at the Gates of the City, on Ponta Delgada Boulevard, and up Columbia Street, ending at Kennedy Park.

The Holy Ghost is celebrated by the Azorean communities around the world.  The tradition is based on the celebration of Pentecost, observed by the Catholic and Protestant churches, which marks the beginning of the Christian church.

The Holy Ghost festival originated in the 14th century by Queen Saint Isabel of Portugal (1271-1336).  She was canonized a Catholic saint in 1625, by Pope Urban VIII, and her feast day is July 8. She is known for her work as a peacemaker between her country and its enemies and for devotion to the poor. She established orphanages and provided shelter for the homeless.

Fall River (MA), with a total population of 95,072, hosts the highest proportion of ethnically Portuguese residents (43.9%) in the United States, many claiming to be of Azorean origin, most from São Miguel Island.

The Portuguese connection with Fall River started in mid-19th century when waves of Azorean immigrants settled in the city looking for job opportunities, particularly in the textile mills.