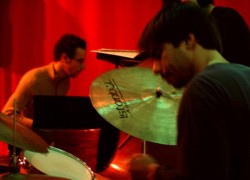 The event is co-sponsored by Angra do Heroísmo City Hall, the Office of Culture of the Regional Government and private supporters.

The AngraJazz International Festival, one of the leading jazz festivals in Portugal, has become part of the international jazz scene.

The first edition of the festival took place in 1999. Ever since, the event has taken place every year, in early October, with the participation of well-known European and North-American jazz musicians.

As a rule, the AngraJazz International Festival always includes regional, national and international jazz groups, with the goal of innovating and developing the interest for jazz in the Azores.

Terceira is the second most populated (55,000) and third largest Azorean island. In 1983, Angra do Heroísmo became a UNESCO World Heritage site for its well preserved 16th century Portuguese colonial architecture and historic monuments.