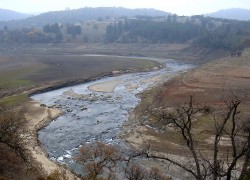 Faustino da Silva was born in the island of Pico in the Azores, on October 10, 1900. He arrived in the United States at 19 years old to settled in the Sacramento area, California.

After moving around and working in several jobs, he bought some land and cattle, opened a slaughtering house, and expanded his business to become a pillar of the Portuguese community of El Dorado Hills.

According to his biography published by the Valley Community Newspers, Inc., he was much admired for his friendly nature and generosity. A road was named on his honor – the “Faustino Way.”