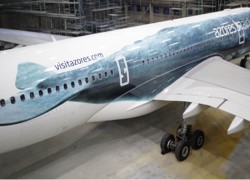 The Azores based airline ‘SATA International’ has changed its brand name to ‘Azores Airlines’ and has unveiled a new livery.

As part of the move, SATA has leased two A-330 aircraft, which display the new name, a blue sperm whale on each side, and a green whale tail on the its tail.

The first of the two leased aircraft, with a 280 passenger capacity, was presented in Manchester, UK. The aircraft, which is seven years old and was pre-owned by a Jordanian company, is expected to start servicing the routes to Boston and Canada as early as December 15. The leasing will cost the company 350,000 euros ($396,000) to 400,000 euros ($453,000) a month.

The goal is to enhance the carrier’s domestic links between the Azores and Portugal mainland and to strengthen its transatlantic flights to Canada and the United States. The airline also plans to extend its flights to Cape Verde, Canaries and Madeira markets.

Once the main flights provider between the Azores and Portugal mainland, the newly rebranded Azores Airlines will now face domestic competition against low-cost budget carriers Ryanair  and easyJet. However, for the time being, the Azores Airlines will remain  the only commercial airline providing direct flights from the United States and Canada to the Azores. SATA International has operated two tour operators, the SATA Express in Canada and Azores Express in the United States.

Managed by the SATA Group, the company was originally founded in 1941, as a private corporation, under the name ‘Sociedade Açoreana de Transportes Aéreos’ (SATA). In 1980, SATA became state-owned and run by the Government of the Azores in partnership with state-owned TAP Air Portugal, changing its name to ‘SATA Air Azores.’ In 1998 the company was renamed ‘SATA International.’

Based in Ponta Delgada, São Miguel island, the carrier operates passenger, cargo and mail services on an extensive regional network to destinations across the archipelago. It provides its own maintenance and handling services and manages four regional airports. Its main base is at João Paulo II Airport, Ponta Delgada. The airline has an estimated 1.300 employees (2014). (Correction from previous PAJ statement that “The airline has  545 employees”). 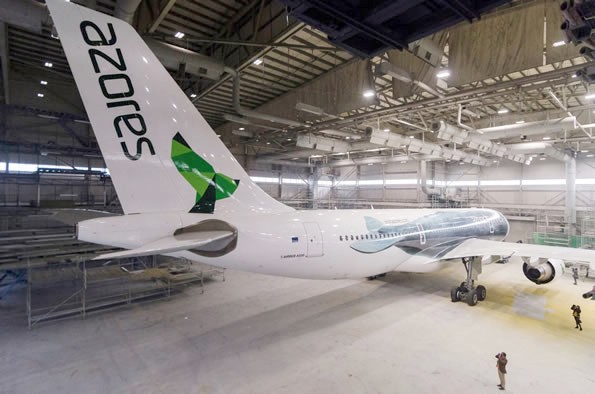