Portugal: Momentous bailout exit accomplished in May – By Len Port

For Portugal’s main political parties, the country’s exit this month from its bailout program happily coincides with the European parliamentary election.

With the economy showing signs of improvement thanks to the 2011 bailout and fierce austerity since then, the prospects for the pro-bailout parties have been boosted and they are certain to dominate the EU election.

Despite efforts by the main parties to keep Portugal at the heart of European integration, enthusiasm for the EU has been severely dented by the economic crisis within the Eurozone.

Far-right, anti-EU parties are enjoying a surge in popularity across Europe. Portugal does not have a hard right party. In this country it is the radical left who are vehemently critical of the Union.

In addition to condemnation from the left wing politicians, the Portuguese government has had to cope with widespread public anger against the austerity demanded by the EU and IMF bailout deal. This may mellow with the country returning to growth, but optimism about the EU among the Portuguese people has been at a low ebb since enlargement of the union with Central and Eastern European countries in 2004.

Now the largest trans-national democratic electorate in the world, with more than 375 million eligible voters spread over 28 member states, the Portuguese will go to the polls on Sunday May 25. They will elect 21 candidates to the 766-member parliament.

A poll last month showed Portugal’s center-left Socialists leading with 37.5% of the vote, the center-right Social Democrat-People’s Party coalition with 32.5% and the communist-‘green’ Democratic Unity Coalition with 10.9%.

As in Portugal, mainstream center-left and center-right groups elsewhere are expected to hold control for another five years, but up to one-third of EU parliamentary members could be bitter opponents of the Union.

In addition to the share of the votes picked up by each of the mainstream and radical political parties, it will interesting to see how many voters in Portugal and elsewhere choose not to vote.

The voter turnout has been in decline since the first election in 1979. It was down to 43% in the last election in 2009.  A further decline this year will raise questions about the Union’s democratic legitimacy.

Before then – on May 17 – Portugal will follow in Ireland’s footsteps and emerge from its €78 million bailout and thus no longer have to answer to foreign creditors.

The Portuguese cabinet’s decision to make a “clean” exit without requesting any precautionary credit line has been formally conveyed to Europe’s finance ministers.

It means that the country now intends to stand on its own feet and reply on markets for financing rather than seeking further help from the bailout lenders.

“The decision to exit the bailout without a security net is a major success for the government, which has won over investor confidence by sticking to the harsh austerity and reforms required by the bailout,” Reuters reported after Prime Minister Pedro Passos Coelho made the announcement in a televised address flanked by his entire government.

Still, all is far from well with the economy. Years of austerity and high unemployment may lie ahead. The prime minister said in his address that the country was now “on the right path,” but he admitted that “the return of economic growth in the last year is yet to be translated into better day-to-day lives for a lot of people.”

“The clean exit from the three-year rescue program caps a surprising turnaround for Western Europe’s poorest economy, which last year began a slow climb out of recession but remains burdened by high unemployment, debt and inefficiencies that could take years to overcome,” commented the Wall Street Journal.

Meanwhile, the Portuguese are in the midst of a momentous month that, no doubt, will turn out to be a contentious one too. 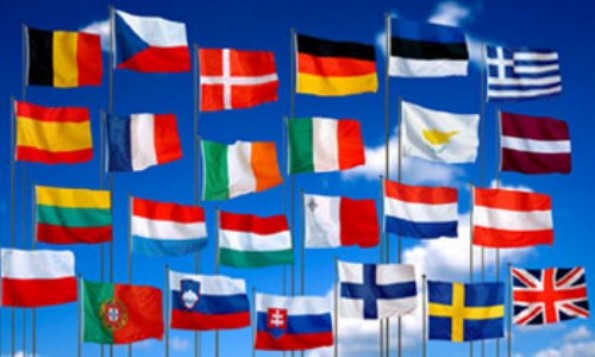