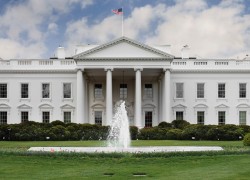 President Barack Obama has invited the leaders of 50 African countries to take part in a summit at the White House, on August 5-6, 2014.

Heads of state from Angola, Mozambique, São Tomé and Cape Verde, members of the Community of Portuguese-Language Countries (CPLP) are among the invited.

The list includes the leaders of all African countries with which the US has good relations or which have not been suspended from membership of the African Union, which excludes Egypt and Zimbabwe.

“President Obama looks forward to welcoming leaders from across the African continent to the Nation’s Capital to further strengthen ties with one of the world’s most dynamic and fastest-growing regions,” said  Jay Carney, White House spokesman, in a statement.

“The Summit will build on the progress made since the President’s trip to Africa last summer, advance the Administration’s focus on trade and investment in Africa, and highlight America’s commitment to Africa’s security, its democratic development, and its people,” it was stated.

President Obama had mentioned hosting the summit in a speech in Cape Town, South Africa, in June of last year. The summit comes at a time when US officials have expressed concern at China’s growing influence in Africa.

Created in 1996, The Community of Portuguese Language Countries (CPLP) represents the community of nations where Portuguese if the official language, an estimated 240 million people, including Portugal, Brazil, Angola, Cape Verde, Guinea-Bissau, Mozambique, São Tomé and Príncipe and East Timor.

The CPLP is a multilateral forum which mission is to foster mutual friendship and cooperation among its members with the objective of disseminating the Portuguese language and promoting mutual cooperation in all matters, including education, health, science and technology, defense, agriculture, public administration, communication, justice, public security, culture, sports, and social communication.

Portuguese is the third most widely spoken European language, after English and Spanish. More people speak Portuguese as their national language worldwide than French, German, Italian or Japanese.