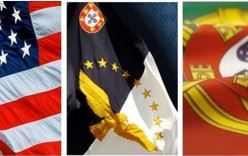 On Tuesday, July 23, 2013, the United States House of Representatives passed unanimously an amendment to the defense appropriations bill that “prohibits the Air Force from reducing the force structure at Lajes Field in Fiscal Year 2014.”

However, according to a community alert statement released Tursday by the National Organization of Portuguese Americans (NOPA), “Although the provision to keep the Lajes Base open was included in the House of Representatives Bill, it is not in the Senate’s NDAA Bill.”

NOPA community alert states, “The only way to guarantee that this provision is inserted into the final NDAA bill is to have a companion provision inserted by the Senate during their floor deliberations which are scheduled in the next two weeks.”

NOPA is urging Portuguese-American constituents to contact their respective Senate representatives demanding action “to keep the Lajes Air Base open and at capacity.”

NOPA has also  stated that, “Over the next days, NOPA will actively advocate this issue with elected officials who represent the Portuguese American communities across the United States and will employ the services of its social enterprise program Lusitania Consulting to lobby key Senators.”

The sponsors of the United States House of Representatives amendment were Congressional Portuguese American Caucus Co-Chairs Representatives Jim Costa, David Valadao, and David Cicilline, along with caucus members Devin Nunes, James Langevin, and William Keating. This coalition of House members, made up of the Congressional Portuguese American Caucus Co-Chairs and Members, were key advocates in getting the support of the Chairman and Ranking Member of the House Committee on Armed Services and passing on June 14th HR1960: The National Defense Authorization Act for FY14 which included a limitation regarding Lajes Field.

Last year, the United States had informed the Portuguese government that the future of the Lajes Air Field, on Terceira island, Azores, was uncertain and that U.S. Air Force was losing interest in the military facility.