April: Odd weather – and likely to get odder – Portugal 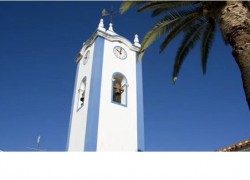 By our standards, here in the far south of Portugal it had been a long, wet winter. Then suddenly, from one day to the next at the end of last week, spring finally burst forth.

Bee-eaters, our most flamboyantly coloured nesting birds, have returned from Africa and are hawking for insects in the radiant blue sky. The Golden Orioles are back too, flashing through the lush green woodlands. Cuckoos announced their arrival in the drizzle a few weeks ago – now they won’t shut up. It’s mid-April and the countryside is awash with outrageous orchids and other wildflowers galore.

What a change from the month of March, which had been as miserable as most could remember. Portugal and Spain had floods. It was the coldest March in the UK since 1962. It was the coldest in Germany since their records began in the 1880s. More than 100,000 people in Poland spent the Easter weekend without electricity after heavy snow dragged down power lines. Extreme conditions prevailed all across the continent.

Meteorologists explained that the jet stream had been operating much further south than usual. As a result, the Mediterranean countries experienced the early spring weather normally associated with northern Europe. Only lately did the jet stream head northwards, bringing a return to more typical spring weather. 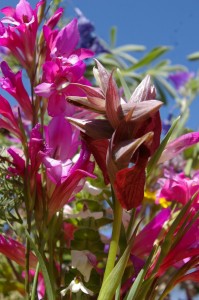 As we in the Algarve happily cast off our woollies as temperatures shot up towards the high 20s, the soothsayers began forecasting a scorcher of a summer.

One thing for sure, climate change is happening, influenced by humans or not. International participants attending a major conference on the subject in Dublin this week warned that unless properly addressed, global warming will lead to widespread famine and, yes, even more crippling economic and social problems.

Numerous studies predict that average temperatures in Europe generally will rise this century by up to 6° higher than they were in the 1980s. The warming in summer is expected to be greatest in Portugal and other countries in the Mediterranean climatic zone.

Average summer temperatures in Lisbon and the Algarve, for example, may rise from 28° to 34°, with a noticeable increase by 2030 in the number of days exceeding 40° C.

Rainfall is expected to decrease on the Portuguese mainland this century by between 20% and 40%. The Azores is unlikely to be so dramatically affected, but precipitation in Madeira could plummet by 30% even though temperature increases there may be only of the order of 2° or 3°.

The outlook is being analysed by the European Centre for Climate Adaptation (ECCA), which constantly monitors what a large number of international research organisations and scientific journals are saying on the subject.

“The Algarve could be negatively affected by climate change,” states the ECCA, meaning it may become a less attractive place to live or visit in both environmental and economic terms. Higher average temperatures, an increase in the frequency of droughts, heat waves and outbreaks of forest fires will induce greater risks of soil erosion. Desertification may become irreversible.

Such a scenario would mean dramatic changes in the landscape and biodiversity of southern Portugal. While some traditional crops may cease to be productive, there may be increases in tick and mosquito-borne diseases, including a possible re-emergence of malaria. Water shortages may restrict the operation of tourist facilities such as swimming pools and golf courses.

Of course, some dismiss the science of climate change and talk of our vulnerability as mere conjecture and therefore not worthy of taking seriously. Others have simply no interest.

Only slowly is climate change entering the decision-making of governments, investors and tourist enterprises in Europe, says the ECCA. “Studies that have examined the climate change risk appraisal of local tourism officials and operators have consistently found relatively low levels of concern and little evidence of long-term strategic planning in anticipation of future changes in climate.”

It suggests that, “in Portugal, the aim should be to direct tourist flows firstly towards the off-peak season, and secondly to the northern part of the country, in which tourism is still relatively underdeveloped.”

Meanwhile, here in the sun-blessed far south, the spring of 2013 could not be lovelier.