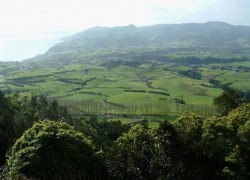 The Azores are featured this month on the National Geographic Magazine under the title “Oil-reliant Islands Seek Green Energy Restart.”

The story is part of a special series National Geographic Magazine dedicates to islands around the globe dependent on polluting sources of energy such as diesel oil.

“So from the Caribbean Sea to the South Pacific, islands are seeking new ways of capturing energy from the same native resources that draw so many people to their shores each year—sun, sea, breeze, and stunning (often volcanic) terrain” — writes the magazine.

According to the National Geographic Magazine, across the globe, islands such as the Azores are making huge strides toward reducing carbon emissions.