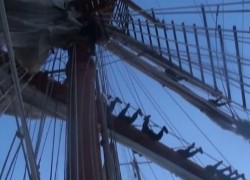 The annual event, organized by the Sailing Training International, will gather about 60 tall ships from 49 countries, involving an estimated total crew of 5.000, and will attract millions of visitors. 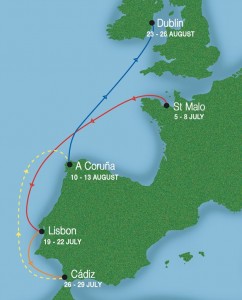 The goal is to provide young people, 15 years old and older, with the opportunity of gaining sailing experience, regardless of nationality, culture, religion, gender or social background. Sail training requires participants to confront many demanding challenges, both physical and emotional.

The first Tall Ships Races was held in 1956. The race was from Torquay (UK), Devon (UK) to Lisbon (Portugal), and was meant to be a last farewell to the era of the great sailing ships. Today, the race attracts more than a hundred ships, among these some of the largest sailing ships in existence.

The Tall Ships Races have occurred annually throughout the world ever since. From the Baltic to the Mediterranean, the races are planned four years in advance.

Sail Training International (STI), based in Hampshire in the United Kingdom, is an international non-profit association of sail training organizations of 26 countries around the world.

Besides organizing the annual Tall Ships’ Races, STI is a provider of races and events, conferences and seminars, publications, research and services for the international sail training community.

Most sail training vessels are owned and operated by charities or foundations, schools or universities, governments or other institutions.