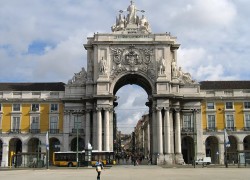 The decision by Moody’s to downgrade Portugal’s sovereign debt to junk status has angered many Portuguese Facebook users who are mobilizing to protest against the rating agency.

Since Wednesday, a number of new pages were created on the social network appealing to users to intervene in creative ways, from establishing discussion forums, to taking action against the rating agency.

Organizers of a protest scheduled for Saturday, July 9, at Terreiro do Paço, downtown Lisbon, are asking Facebook participants to bring trash bags to display as “symbolic flags.”

The goal is to express their frustration and to show that “citizens have a voice,” said anthropologist Pedro Félix, one of the organizers. For him, social networks can and should be used “as a tool to mobilize people not just a space to express opinions.”

Others are asking Facebook users to boycott the rating agency by downgrading their website to “junk status.” The idea, originated by user David Carvalho, has already attracted over 16 thousand followers.

Another Facebook user, Margarita Cardoso Menezes, has asked followers to pay back in kind by sending garbage to Moody’s headquarters in the United States.

For António Mateus, the best way to cope with frustration was to ask Facebook users to take a minute of silence, on July 11, at 1pm, to protest against the power and actions of the rating agencies.

But Facebook users, Bruno Silva and Mário Ferreira, were more to the point. They are asking their 20 thousand followers to just “Mandar a Moody’s à m…” — a Portuguese expression for “We don’t give a sh…” — with the message, “We are not junk. We are 10 million people who want a future.”